Part One: Alain Lacoursière’s biographer Sylvain Larocque Dedicates Sixth Chapter to The Theft of the Montreal Museum of Fine Arts. 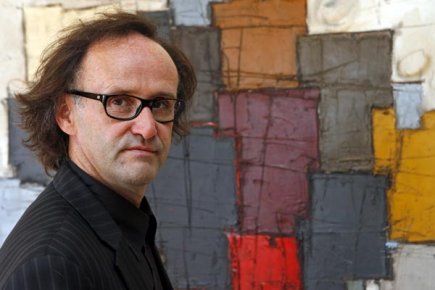 With patience, I used Google Translate to read the chapter as I have written on the 1972 unsolved theft (to be published in the upcoming Journal of Art Crime).

Three burglars entered through the unsecured skylight of the Montreal museum on Labor Day in 1972 and selected 35 paintings to steal. However, when one of the thieves inadvertently tripped a security alarm in the garage housing the museum’s van that they planned to use as their getaway car, the three men grabbed only 18 of the paintings and ran down out of the museum and down Sherbrooke Street in the early morning hours. Sherbrooke Street is a main east-west thoroughfare that stretches through metropolitan Montreal in some of the most exclusive real estate so I have always found this an amazing sight to picture as three thieves carry $2 million worth of paintings by Rembrandt, Gustave Courbet, Jean-Baptiste Camille Corot, Peter Paul Rubens, Honoré Daumier, Jan Davidszoon de Heem, Jean Bruegel the Elder, Eugene Delacroix, Thomas Gainsborough, and Jean-François Millet.

According to Larocque, the fleeing thieves fled on foot presumably to join a car parked nearby although no witnesses, according to journalists reporting at the time, commented on any such reports. It does not make that assumption incorrect, only that it could be speculation. The newspapers at the time did not write about how the thieves might have left the scene. The police records are not available to the public.

A few weeks after the theft, the museum received a request for $500,000 and a polaroid of all the stolen art before lowering the ransom to $250,000. Subsequently, one painting was returned and another negotiated ransom failed, ending all contact with the thieves. The insurance companies paid almost $2 million in restitution to the Montreal Museum of Fine Arts. With those proceeds, in 1975 the museum purchased what they hoped would be the largest Rubens to be held in a Canadian collection, The Leopards. However, in the 1990s, Marie-Claude Corbeil of the Canadian Conservation Institute established that The Leopards was a copy. According to Larocque, Corbeil’s analysis revealed that the red pigments found in the painting were invented in 1687, almost four decades after the death of Rubens. The museum now attributes this work to the Studio of Peter Paul Rubens.

In subsequent years, Larocque writes, a $10,000 paid reward in 1973 failed to produce the paintings; an FBI tip that the works were possibly in South America resulted in no recoveries; and in 1982 an offered reward of $250,000 was also unsuccessful.

Lacoursière, then a police officer in Montreal, decided in 1984 to review the file on the museum theft which he requested from the department’s archives where the file had languished for years. “In fact,” Larocque writes and I translate, “the documents were not far from the shredder./En fait, les documents n’étaient pas loin de la deechiqueteuse.”

Five years later, Larocque writes, Lacoursière was contacted by an officer with the Royal Canadian Mounted Police who told him that a drug addict said that the paintings were buried in the backyard of the residence of a lawyer but the lead was useless as the would-be informant could not say precisely where the lawyer lived.

In 2002, Larocque writes, Lacoursière attended an opening at the Maison de la culture Frontenac in Montreal East and met an art collector and manufacturer of wooden boxes from a community located about one-hour’s drive by automobile outside of Montreal. Larocque does name the man, the community and the municipality, however, when I was writing my article on the museum theft, Alain Lacoursière asked that I not reveal the man’s identity. I do not know about the agreement between Larocque and Lacoursière for the book, however, I shall honor the original agreement with Lacoursière until he notifies me otherwise. In addition, the man has not to my knowledge been arrested or officially questioned in connection with the museum theft. In the biography, Larocque writes:
L’homme aborda de son propre gré le vol de 1972 en racontant qu’il fréquentait l’UQAM au même moment et que les étudiants d l’institution se faisaient régulièrement expulser du Musée des beaux-arts./The man brought up the subject of the 1972 theft on his own and said that he had frequented the UQAM (the Université du Québec à Montréal) at the same time and the students of the institution were regularly expelled from the Montreal Museum of Fine Arts.
Lacoursière told me in November 2009 that the reason the art students were regularly expelled from the art gallery was that the staff kicked them out to enjoy their afternoon tea.

According to Larocque (and what Lacoursière told me two years ago), Lacoursière was intrigued by his encounter with “Smith” because he knew that after the theft that the police had followed and photographed student from UQAM (I was given the institutional name of École des beaux-arts) in connection with its investigation. He then led “Smith” to believe that approaching the 30th anniversary of the theft that there might be a million dollar reward to anyone who could provide information to retrieve the stolen paintings.

In 2003, Larocque writes, Lacoursière, a Detective Sergeant with the Montreal police, went to visit “Smith” at his home. Although “Smith” gave him a tour of his studio and his property, he did not say anything more about the museum theft.

Over the years, Larocque writes, Lacoursière kept in contact with “Smith” ‘juste au cas’ (just in case) and in 2007, while filming a documentary, le Colombo de l’art, Lacoursière filmed a visit to “Smith’s” home and this time offered a “two million dollar” check as a reward for information leading to the recovery of the paintings but with the camera filming, “Smith” remained silent and did not react. “Smith” denied that he had even been watched or questioned by the police investigating the museum theft in 1972. Larocque writes: